Pets in the Park

(North side of Delta Bessborough Hotel)

Fun in the sun for you and your pet(s)!

Saskatoon Pets in the Park is a registered charity founded in 2006 by members from three local animal welfare agencies: New Hope Dog Rescue, the Saskatoon SPCA, and SCAT Street Cat Rescue, and dedicated animal lovers from the Saskatoon community. The primary goal is to raise funds to pay for medical care for sick, injured, orphaned, and homeless animals from Saskatoon.

Pets in the Park (PIP) is one of Saskatoon’s popular summer events which combines fun for the entire family with fundraising for a great cause. Families can bring their on-leash pets to the park and enjoy a wonderful day together. 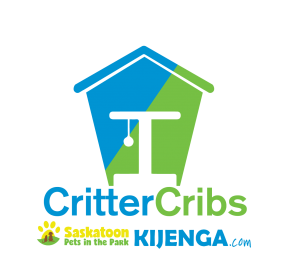 This event is a great opportunity for pets to socialize with other animals and for pet parents to show off their furry children, all the while benefiting animals in need.

Outstanding sponsors and enthusiastic participants help to make this event truly sensational. You won’t want to miss it!

We welcome visitors from all over Western Canada to this amazing day.

We encourage you to take every opportunity to donate funds for the benefit of local animals in need. Donations can be made at the appropriate receptacles at locations such as at the Silent Auction and Ticket Booth tents. Thank you for your support!

“…it occurred to me that interest in and affection for the animals that share the planet with us may be a more unifying force than any other.”

In 2005 a group of Saskatoon residents, who are also dedicated animal lovers, came together to discuss the need to draw attention to the homeless, sick and injured cats and dogs while also raising funds to help these animals. The three founding charities, for which the funds go to, are New Hope Dog Rescue, Saskatoon SPCA and SCAT Street Cat Rescue.

This group formed a committee, which included not only members of the Saskatoon community, but also representatives from the three local animal welfare organizations. This group of people committed to the goal of raising awareness and funds for Saskatoon’s animals, who are under the care of the three founding charities. It was decided that a major event was needed to be held yearly and that would bring families and their pets together to have fun while learning about animal welfare issues and raising funds to help homeless and injured animals.

This event was to be called Pets in the Park (or PIP for short). This event would foster co-operation between the three founding animal welfare organizations, related public and private sector businesses, individuals and organizations with the goal of building a better community for animals and people of Saskatoon.

The first step was to pick a location that would allow central access to the event and be big enough to hold the future growth of the event. The Kiwanis Memorial Park was selected as the proposed site for its gorgeous views and pleasant atmosphere. Already a family destination during the winter months for the ice skating and a wonderful leisure area throughout the year, it seemed to be the perfect location.

The next step was to get permission from City Council as this park was one of the city’s parks which doesn’t allow pets. A campaign was organized and the word spread to many animal lovers throughout the city and a petition was sent to City Council requesting permission to hold this event. In May 2006 at a City Council meeting, there were several people in the seating area to support the request and several people who were scheduled to speak. City Council said yes and the event planning began in earnest.

The first PIP day was embraced by the Saskatoon community with a welcome 2,000 visitors and raised almost $14,000. That day was a great learning experience for the PIP Committee and a great opportunity for so many people from diverse organizations and businesses to work together.

The 2017 event celebrated it’s 12th event, saw over 8,000 visitors and raised over $70,000.  PIP is fast joining the ranks of the many popular major summer events held in the City of Saskatoon every year.

Saskatoon’s PIP became a fundraising organization and has been registered both as a non-profit corporation with the Saskatchewan Justice Corporations Branch and as a charity with Revenue Canada as of 2008.

The main goal of the PIP is to raise funds for the medical needs of homeless, sick and injured companion animals under the care of the three founding charities:  New Hope Dog Rescue, Saskatoon SPCA and SCAT Street Cat Rescue.

The means to accomplish this goal is through a major family summertime fundraising event, including pets of course.  PIP is that event. There are many added benefits to an event such as this:

Each member of the committee recognizes, respects and accepts the mission statements of each other and actively seeks areas of commonality to promote and further the ultimate goal that we all strive for: a healthy and happy community for both animals and people in the city of Saskatoon.

Join us in our campaign to provide an animal-friendly city and a healthy and happy community for us all. Volunteer or donate today!

Donations welcome – before, during or after the event!

Everything from doggie pools to office supplies; it takes a lot to run PIP.  Or check out Sponsorship Opportunities for ways to participate as well.

Your donation helps us to raise thousands of dollars for medical care.  Donate